The AeroNT: A new tool for propagation 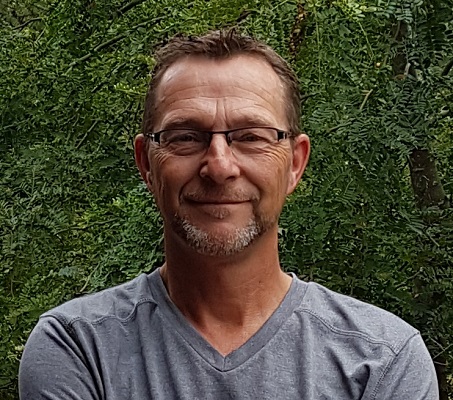 Starting fall 2017 Quick Plug North America is selling AeroNT products into the US market, produced at locations at the east and west Coast of Canada.

The technology was originally proprietary to Dümmen Orange in Rheinberg, Germany.

“They had enough visitors to their properties and they were turning a geranium cutting in 15-16 days,” Maartense said. “An average American company was doing it in 24-25 days. Everybody asked ‘why?’ And they attributed it to the AeroNTproduct.”

What are the advantages to the AeroNT?

It’s a bonded media plug, like some other products out there, but it’s different. We use a bonding agent to bond a standard growing mix — that’s a proprietary mix to our company, developed over several years – to create a fast, well-developed rooted cutting. Because of the soft core it is easier to stick your cuttings op to 25% faster. 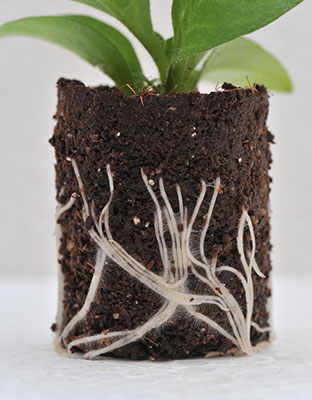 What makes the AeroNT different?

What types of plants are a good fit for the AeroNT?

The full gamut across the board. Our main customer base is the unrooted cutting grower. On the floriculture side, woody perennials and woody ornamentals, people who are sticking cuttings into a soilless mix. We’re not too derived on the seed growers; it’s more of a cutting-based clientele.

What sizes are available?

The smallest cell we do is a 210, which is roughly a centimeter across. Then we go from a 102, which is pretty standard unrooted cutting size, right up to a 32-count, 50 mm plug for the larger, more leafy plant material.

How can growers get started with AeroNT plugs in their production system?

Basically, we prefill plastic trays, shrink wrap them, palletize them and send them to a grower. They are moist; they are ready to stick. They are pre-dibbled. So, the grower can take it off the pallet and take it to their sticking line, whether that’s automated or on the bench and they can stick into it immediately.

The premise behind our system is we make a plug, topdress that plug with a fine media that has no binding agent in it, and once the grower sticks the cutting in the hole, when they water it the first time that loose substrate on top closes around the stem. That gives the grower faster closure, faster callous and in turn, a faster rooting time and faster turnaround. Most of our growers are shaving a week off their prop times, if not more.

How does it speed up the rooting process?

Because we add a binding agent to a normal substrate, our end result is very porous. So, we have a lot of air in the plug. That air remains throughout the cycle of the plug. If you take a rubber dirt product it stays wet. The roots have a tendency to just hold where they are. When you have a product that dries out uniformly and consistently, the roots tend to look for the nutrients and look for the food. Because we inherently stay porous, the roots have the ability to get through the plug a lot easier. If you take a paper pot plug, where it’s a loose media, what happens in the first couple of watering cycles is all the fines that are in that peat go down to the bottom of the plug. So, the bottom of the plug stays wet and the top of the plug dries out. Whereas in our cycle, our product dries out very uniformly. Once you get callous and the initial roots starting to go, the premise is once you start drying that plug out, you force the roots to look for moisture and food. That gives you a very quick, uniform rooting in that plug.